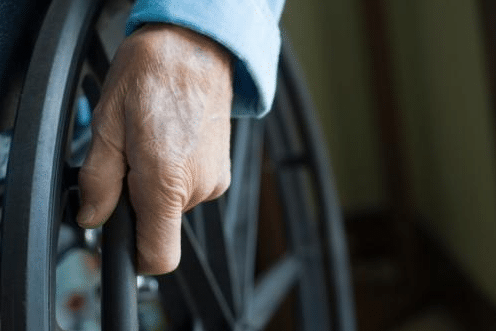 Often called the third rail of politics for its tendency to incite a vigorous debate, Social Security is now facing a generation gap, with younger workers advocating a major overhaul and older workers determined to protect their retirement income. Yet there’s one fact both groups can agree on: Social Security is not enough to sustain the average person through retirement. With a rate of return of about two percent, many Americans believe that Social Security costs too much and gives too little.  The system is designed to tax today’s wages (employees are taxed at 6.2%) to pay for the benefits of current retirees.

This structure works effectively when a high ratio of workers exists for every Social Security recipient.  For example, in 1945, there were forty-five workers for every one Social Security recipient.  With a ratio that high, adequate funding for the program was no problem.  But that was almost sixty years ago.  In the years ahead, the system will become unsustainable as the ratio drops below 2:1.  Without enough workers to pay scheduled benefits at our current tax rates, many won’t receive expected retirement benefits.  Some have compared the breakdown to a Ponzi scheme, an investment model where money contributed by later investors generates artificially high dividends for original investors, but falls apart when there’s no money left over for later investors.

Sadly, the outlook is bleak without any good news in the forecast for younger Americans counting on future Social Security benefits.  If unchanged, younger workers are likely to receive little to nothing in retirement, despite lifetime contributions.  And as Social Security slips into a pit of bankruptcy, shockingly, no preparations are underway to cushion the fall.  Despite repeated warnings about the looming $25 trillion shortfall, years have crept by without any implementation of tax reforms.  President Bush once urged, “I hope that Members of Congress will join with the Social Security Administration and other interested parties in a national dialogue about how to best strengthen and protect Social Security.”  A national dialogue is certainly in order considering that Social Security will enter into a deficit within the next eleven years.  But the country needs more than just talk to preserve retirement benefits–without enough money, benefits must be reduced 25 to 33% according to governmental estimates.  When you consider that a majority of seniors rely on Social Security as their major source of income, a reduction of that enormity could impoverish much of the nation’s elderly.

But the unappealing alternative to reducing benefits is to increase Social Security taxes. Unfortunately, this solution creates more of a problem when you factor in the numbers: a 15% increase today (on top of the current tax) is required to keep Social Security solvent over the next 75 years.  An increase of this severity would lead to financial ruin for many workers.  Even under our current system the majority of low and middle-income workers don’t have enough money to invest.  After paying for food, clothing, medical expenses, rent, and transportation there is simply nothing left over at the end of the month.

Instead of angering America through reduced benefits and increased taxes, some have suggested a system that would allow workers to privately invest the money from their Social Security taxes in personal accounts.  Social Security would become “an active rather than a passive instrument of personal financial security,” according to the executive Commission to Strengthen Social Security.  This change would empower an individual to potentially achieve higher rates of return and increase retirement income.  Individual accounts deservedly give control back to workers, providing the possibility of greater wealth in retirement and increased options to disburse that wealth to loved ones.  In this system, workers would have a stake in their own Social Security funds and legal rights to the benefits-contrary to the current system.

By establishing individual accounts, workers could deposit the money from their Social Security contributions into accounts similar to IRAs, 401(k) plans, or U.S. Treasury Bills.  Highly speculative investments wouldn’t be allowed because of the risks involved, but the government could allow a large number of safe, secure investment options-a sort of backstop for bad investments, necessary to protect against impoverishment.  For example, if an individual suffered significant losses on a bad investment, there would be a minimum guaranteed payout to sustain living expenses in retirement.

Despite such checks and widespread public support, many are still reluctant to transition to a new system.  Current and soon-to-be retirees fear that their present entitlement to benefits will be withdrawn.  Retirees and those expecting to qualify soon, resist any changes that might reduce or eliminate their monthly benefit checks.  Yet, rejecting a privatized Social Security system based on such reasoning may not be justified in light of the fact that maintaining the existing system is far more expensive than any transitional costs.  The Commissioner of Social Security reported in a recent statement that such fears are misplaced and transitioning to a privatized program shouldn’t require losing any benefits.  To address this, the Commissioner assured that “those already receiving Social Security benefits – as well as those who are close to retirement. . . [their] benefits are secure. But doing nothing will have serious consequences for our children and grandchildren.”  Wishful thinking alone will not solve the current crisis.  It is a proven fact that the Social Security program is unsustainable in its present form and must evolve to meet the demands of new retirees.  Given the urgent state of affairs, the real issue isn’t a question of if it should change, but when it will change.  And the sooner it does, the better for all of us.

To find out more about the Social Security crisis and how it affects you, visit www.ssa.gov.

Review your Magic Annuity illustration with…